Have you met Natalie? My daughter. You would remember if you did. She is one of those hard to forget even if you wanted to but you don’t want to forget type people.

She is also incredibly talented and generous. Keep your eyes and ears open, you’ll be hearing and seeing lots of her one day soon. She can sing, she can act and she’s very funny. As I mentioned in my blog The Amazingly Generous People Part Two, Natalie even had her stand up comedy debut at age 12. Please read The Amazingly Generous People Part Two for that. 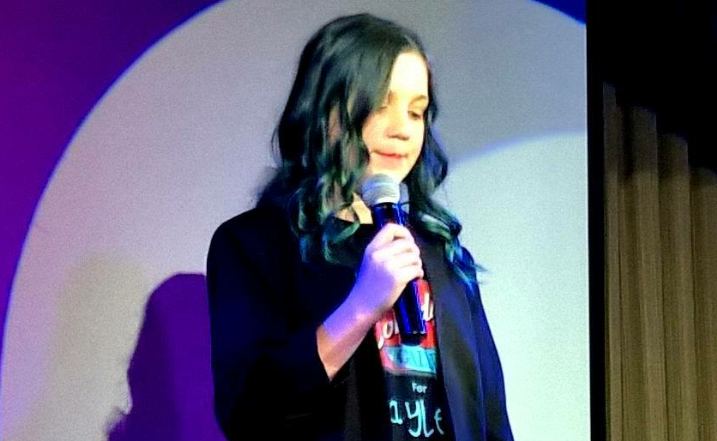 Back story. Natalie was born in 2004. One day before her due date, she was ready to see the world, was the world ready? She was walking early and we have footage of her actually running on her first birthday. The others didn’t start walking till after 13 months. She used to continually turn the TV off while others were watching and empty the DVD shelf whenever possible. Our lounge room resembled a war zone as we made barricades out of a coffee tables laying on it’s side, and boxes so she couldn’t get to the TV. We put a kiddie gate on the front of the DVD shelf, she still got her little hand around the side but could only get to a few DVDs now.

I wish I could find the video, although she would probably kill me, of her at about 18 months old, standing up in front of the TV, holding the upturned coffee table and singing along with Anthony Callea who was on TV singing The Prayer. Although she didn’t really know the words, she was giving it her all in both the English and Italian parts.

Then at approximately two and a half years old, Natalie sitting in the back of the car with her older brother, my wife and I in the front, we went for a drive. It was a long drive and we had forgotten to pack any CDs. We reached a part of the road where we to too far from the radio station we had been listening to and not close enough to get the next station yet. Leia and I thought we would try that thing the counsellors go on about and we turned the radio off and talked. Next thing, this voice comes from the back of the car singing the Divinyls song Pleasure and Pain. I think my words were, where the hell did she hear that?

Jumping forward a few years and skipping the 2 years at the dodgiest ballet school ever. Skipping a couple of address and school changes and moving into 2014, bringing Natalie into Grade 5. Natalie auditions for the Victorian State School Spectacular and is accepted into the Mass Choir. Approximately 1,500 kids from across the state. 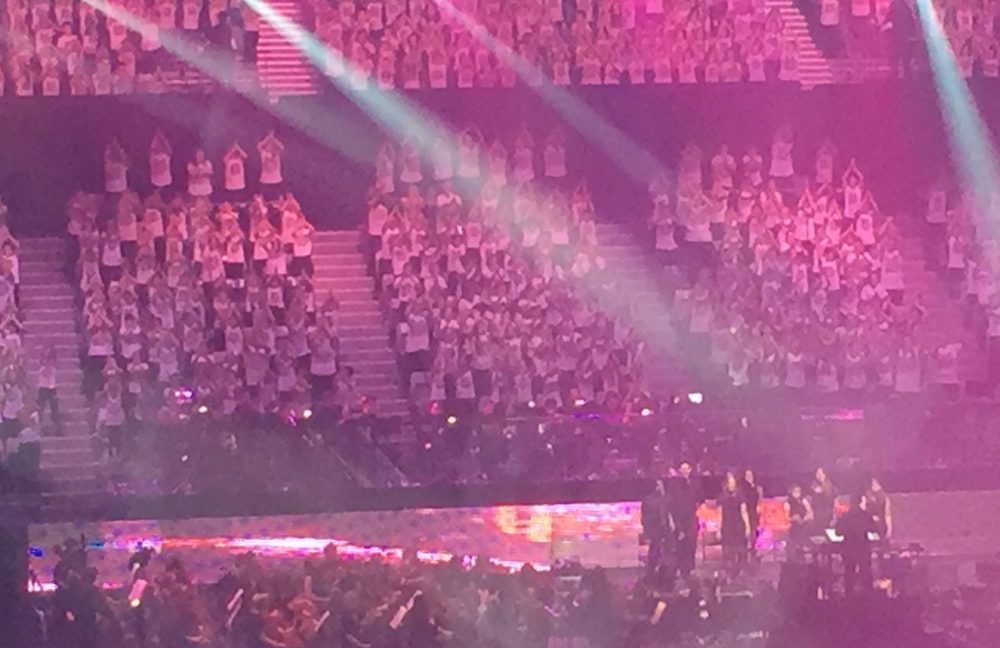 Also in 2016, Natalie started singing in the school choir and did bonus singing classes at school. June 2016, Natalie’s school did their mid year music performance where any of the students from year 7 to 9 who sing and/or play an instrument get a chance to perform in front of the 50-60 parents plus a few teachers who show up on the night. Natalie did her first solo. Even though the school decided to double the speed of the song and give Natalie one rehearsal with the piano player, we still had other parents stopping us afterwards to say how amazing her voice was. Cyndi Lauper’s True Colours was the song. A song I will never be able to hear the same after the story coming up.

2 days later, Natalie’s little sister Hayley was taken to hospital and a week to the day of the concert we were telling the kids that Hayley had cancer. Now I have already done a few blogs on this and I have more coming so I will try to make this about Natalie. Although this next story is a bit of both.

Late September, Hayley was preparing for 5 weeks of radiation which ended up being 5.5 weeks. Part of the preparation was getting a plastic mask moulded to the shape of her face and a 5 minute CT scan of her head. For the scan Hayley needed to be perfectly still. No one was allowed to be in this huge room with this giant machine with this tiny girl. We had to stop several times with Hayley crying. Natalie was there with us on this day and hoping that Leia could convince Hayley at about the 25 minute mark, I took Natalie out to the waiting room. We could still hear Hayley screaming. The technicians decided that it was enough time and they would have to schedule a general anaesthetic for another day. Hayley didn’t want to got to sleep so she tried again. Still didn’t work. They told us that we could sit in their office and talk to Hayley through the intercom, Hayley wasn’t interested.

At 40 minutes into this 5 minute procedure and the 3rd time they called time, let’s book a General Anaesthetic, the idea came up that Natalie could sing to Hayley through the intercom, 12 year old Natalie agreed, Hayley agreed. True Colours by Cyndi Lauper was agreed. Hayley laid down again, the mask clipped down over her head. Natalie was shown the microphone to the intercom and started talking to Hayley. As soon as they started, Natalie started “You with the sad eyes..”. It was the most beautifully appropriate words. Delivered in the slow, magical way they were supposed to be.

Leia and I burst straight into audible sobbing, the build up and release of months of emotions left us both as we tried to hold each other up. At the end of the song and as my eyes cleared enough to see, I noticed the teary, glassy eyes on every technician and nurse in there. Hayley laid perfectly still the whole time. It worked perfectly and Natalie sounded amazing.

I then managed to get Natalie into a recording studio to record the song. Here’s a snippet:-

Natalie is playing every instrument except the acoustic guitar. My jaw hung loosely open the whole time, watching and listening. The photos are from her school concert.

2017 and Natalie starts Year 8. Natalie’s high school in split into a junior campus Years 7-9 and about 5km away is the senior campus with years 10-12. The senior campus is known and respected for it’s annual, musical production. Each year they allow the Year 8 & 9s to audition as there is also plenty of crowns scenes and backing vocalists needed.This year is BRING IT ON – THE MUSICAL. Natalie was offered one of the main supporting roles and I am really looking forward to seeing this show and her solo number.

Make sure to click on any links above and if they take you to a Facebook Page, including MINE, then please click LIKE. Also hit on the Subscribe button to be kept up to date with what is going on in my little world, it’s to the right of your screen on a computer and down below if you’re on a mobile device. Thank you.

Love to all, chat soon.

Sally McLean: Actor. Writer. Director. With a bit of a thing for Shakespeare.

Dad who had a try at Actor, Writer, Director, Producer, Comedian